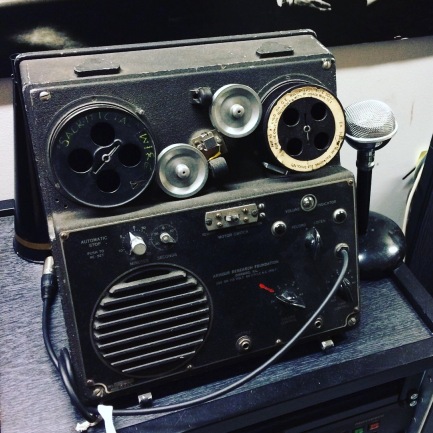 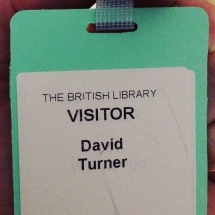 On Monday I visited the British Library in London to chat with folk from their audio department about archiving the podcast within their spoken word archive. There’s a fair bit of work to get the files into the archive but it’s all agreed and will begin very soon.

We’re all a little guilty, I think, of believing that the technology we use now (at any point in time) will be around forever but those of you that are the same age as me only need to look at that dusty pile of mini-discs you haven’t thrown away to know how quickly recording formats can become obsolete. MP3s won’t be the standard forever and it will probably be an expensive and tedious task to update the LPP archive.

Being part of the BL’s  collection means that the audio files will always be updated and accessible to the public. That is until reality is revealed to be a computer simulation and we all get access to the next level or simply switched off :).

Though, the most important part of this partnership is knowing that so many working-class voices will now be part of a national literature collection. Many of the poets I’ve spoken to since starting this series in 2014 have expressed how they don’t feel part of the poetry scene or have faced barriers in being published or even just booked for readings. I do feel like this is, partly, a validation of them as poets and the importance of their work in contemporary poetry.

As someone who failed his English Literature GCSE and has no further qualifications other than a City & Guilds Carpentry Apprenticeship to his name, it’s a little surreal that there will be over 60hrs of recordings of me speaking with writers in a national archive. Being part of this series is the best thing I’ve done professionally and I’m incredibly proud of it.

More on this as things develop. – David.

View all posts by lunarpoetrypodcasts

One thought on “British Library”